The Theatre Royal Glasgow is the city’s oldest theatre and is the longest-running theatre in Scotland. Originally opening as the Royal Colosseum & Opera House in 1867, its name changed to the Theatre Royal in 1869. This was the heyday of theatres and music halls in Glasgow.

Changes in the entertainment industry, including the introduction of cinema and television, saw theatres struggling to retain audiences, forcing many to close as new sources of entertainment captured the public’s imagination.

Click on the Map Pointers below to reveal information about Glasgow’s Historic Theatres past and present.

This theatre started life as the Milton Colosseum Concert Hall in the 1860s. In 1869 it was rebuilt as The Prince of Wales Theatre, seating up to 3,000 people it staged variety pantomime and melodrama. In 1881 it was rebuilt again, this time as the Grand Theatre.

Opening on 29 December 1862, the Scotia Hall was the first purpose-built music hall in the city and could accommodate around 4,000 people. It changed hands in 1897 becoming the Metropole which staged plays and melodramas. 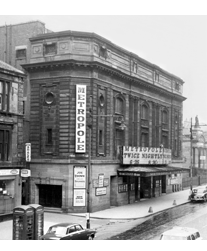 The Theatre Royal is the oldest theatre in Glasgow and was the third theatre founded by James Baylis. It remains the largest example in the UK of a theatre design by the architect Charles Phipps. As well as staging a wide variety of performances, the building is the performance home of Scottish Opera and Scottish Ballet. 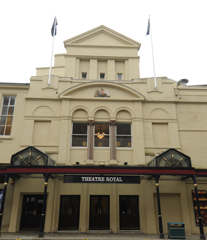 Opening in 1782, this was Glasgow’s first Theatre Royal. It was later renamed The Caledonian Theatre. In 1869 it demolished to make way for St Enoch’s station and its name, along with the Royal Charter was transferred to the Theatre Royal in Hope Street. 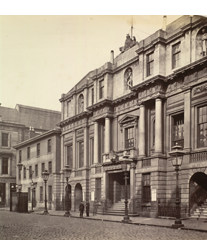 Inspired by the Gaiete and Théâtre de la Gaîté in Paris, the Gaiety Theatre opened in 1874 and could accommodate 1,400 people. It was totally refurbished in 1891 and became the first theatre in Scotland to be lit by electricity. The Gaiety closed in 1896 and after further renovations opened a year later as the Empire Palace. 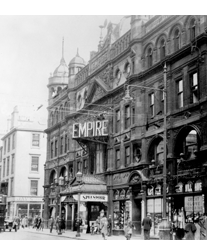 Her Majesty’s Theatre opened in 1878 but changed names the following year to The Royal Princess’s Theatre. It was designed by architect Campbell Douglas and was one of Glasgow’s smaller theatres holding around 1,500 people. 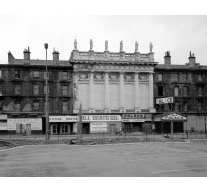 The Royalty Theatre was built following a fire at the Theatre Royal two blocks away. Originally the building was to be offices, shops and a hall, but received approval to build a theatre on the first floor. It became famous for its comedies, plays and opera. In 1913 it became the Lyric Picture Palace, a silent film cinema. 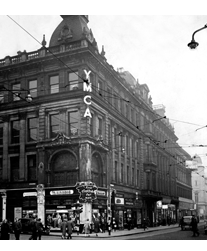 The Glasgow Athenaeum started out in the Assembly Rooms on Ingram Street. In 1893 a dedicated theatre, designed by Sir John Burnet, was built. Initially showing student productions, it later expanded to stage plays and musicals by both professional and amateur companies. 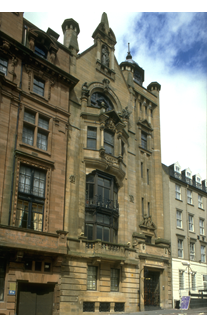 Famed in the 1940s and '50s for its long-running pantomimes, the Pavilion Theatre remains true to its music hall tradition and still operates today providing a traditional venue for comedy, music and variety shows. 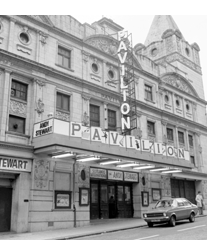 Designed by architect, Frank Matcham, the Coliseum Theatre boasted an elaborate art-nouveau façade. It was known for its twice-nightly variety performances and later for its revue shows, pantomime and musical plays. In 1925 it became a cinema, screening the first ‘talkie’ in the city. It closed in 1980. 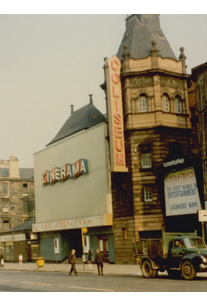 The Alhambra Theatre was built by architect Sir James Burnet and was among the first buildings in Britain constructed with a steel frame. It was famous in the 1920s for its variety, which featured international artists, pantomimes, musical comedies and opera. 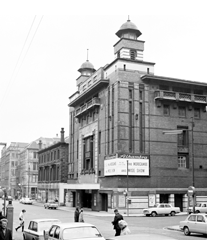 Opening in 1911, almost opposite the Theatre Royal, the Savoy Theatre was designed by architect James Miller who had designed the 1901 International Exhibition in Kelvingrove Park. In 1916 the theatre became the New Savoy Cinema and in 1958 it was transformed once again as the Majestic Ballroom. 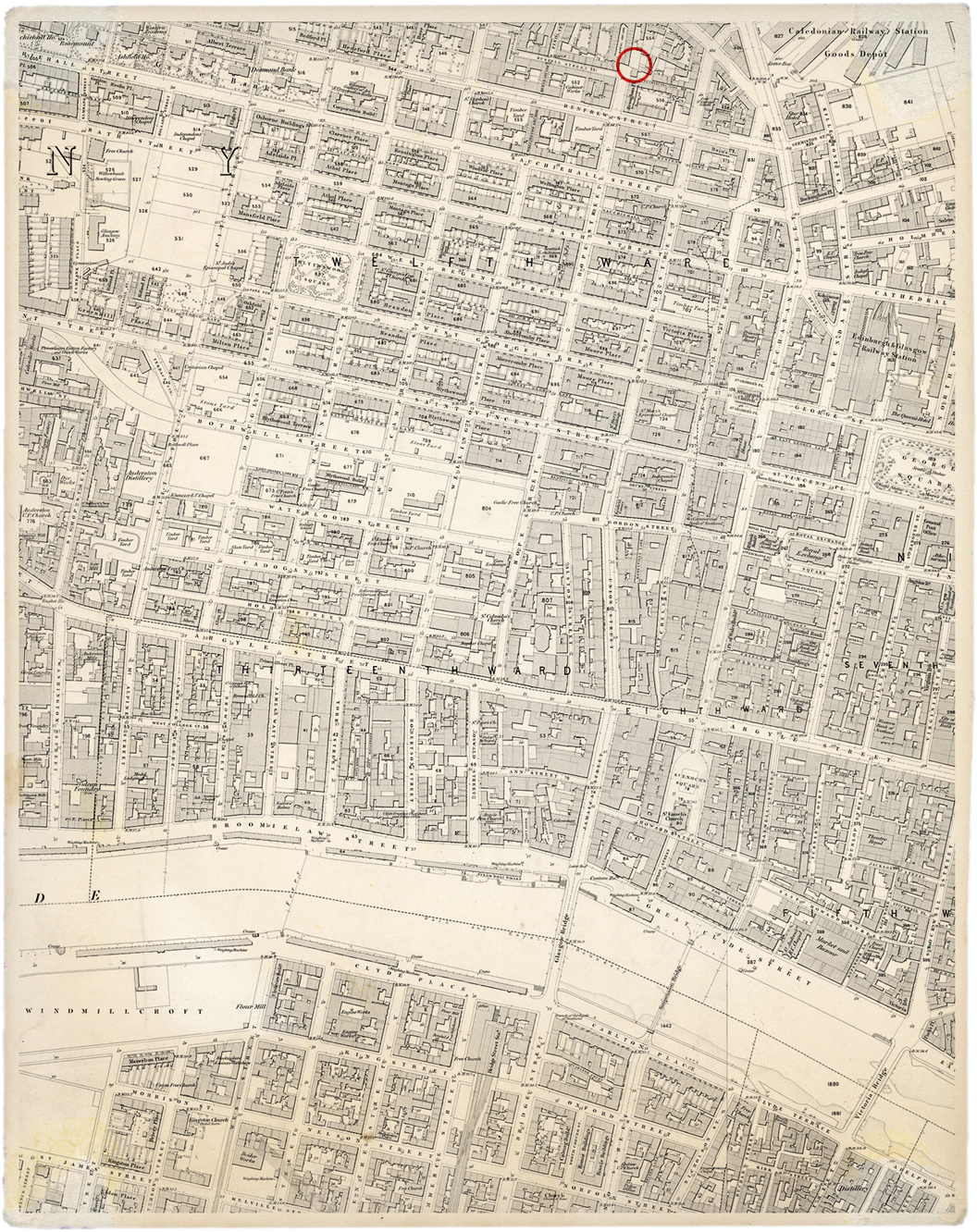