The Royal Charter was granted by Queen Victoria on 24 June 1868. It permitted the right to ‘Maintain a company of players and comedians’ and perform ‘tragic plays, operas, and other entertainments’, as was then required by law.

Originally licensed to William Glover for the Theatre Royal, Dunlop Street, the charter and name were transferred when Glover took over ownership of the Royal Colosseum and Opera House on Hope Street in 1869. From then on, the theatre became known as the Theatre Royal.

Click on the photograph below to view a magnified image of the Royal Charter. 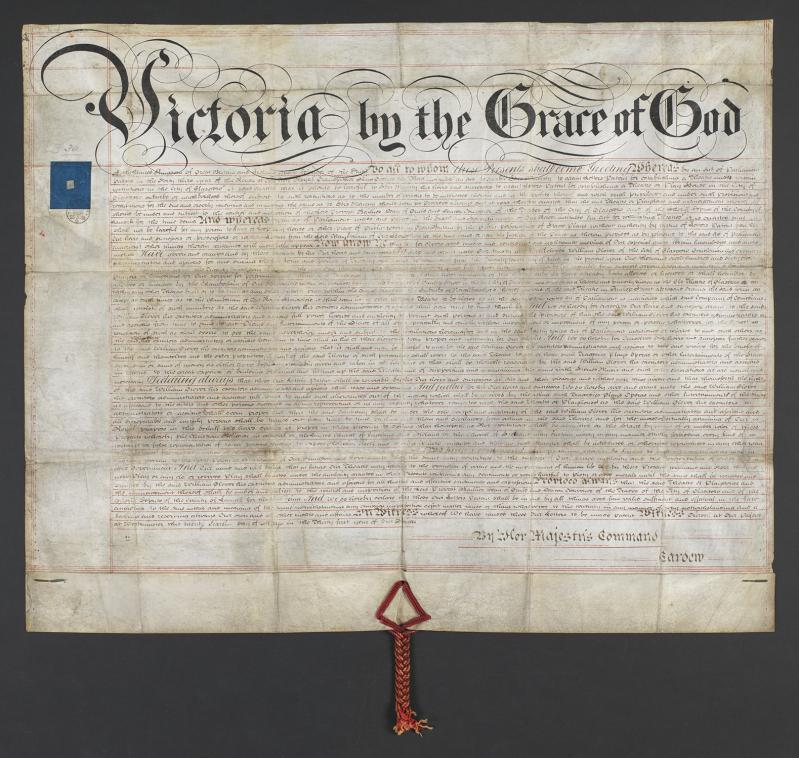